All of the children enjoy specialist PE lessons led by the Elstree Assistant Director of Sport and Head of Girls Games. All year groups benefit from using the extensive sports facilities at the school including the Elstree Sports Hall. The Early Years have three lessons per week and Years 1 and 2 have four lessons per week: these cover a broad range of skills including gymnastics, dance, football, rugby, cricket, netball, tennis and swimming in the summer term. We try to mirror, as closely as possible, the Elstree sporting curriculum so as to thoroughly prepare the children for the next step in their sporting education. 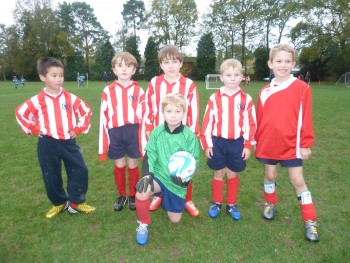 Year 2 football teams play in fixtures against local schools and also take part in a Football Tournament for Independent Schools and the Junior Football Festival organised and held at Elstree at the end of the Lent term.

The sporting year comes to a close with our themed Pre-Prep Sports Day. Recent themes have been ‘Muscials’ and ‘The World Cup!’

During half term, the Elstree children were invited to take part in the R…